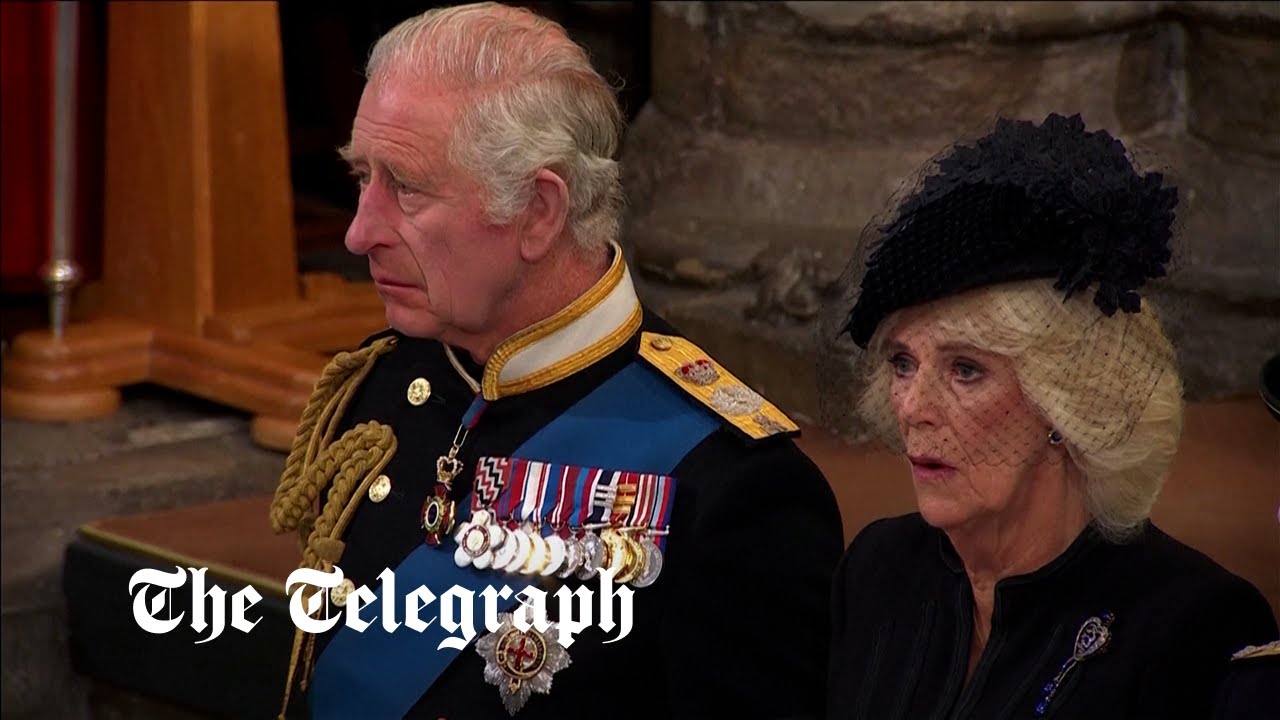 The quote is from Shakespeare’s Hamlet, and was said by Charles in his speech to MPs and peers on September 12.

The day of the funeral was filled with personal touches, with the wreath adorning the Queen’s coffin featuring a handwritten note from the King, saying: “In loving and devoted memory. Charles R.”

Charles had requested the floral tribute which replaced a wreath of Balmoral flowers with foliage and blooms cut from the gardens of Buckingham Palace, Clarence House and Highgrove.

The simple committal service at St George’s Chapel contrasted with the earlier state funeral, with the Queen’s close staff represented, including her senior dresser and personal adviser Angela Kelly, alongside individuals such as Earl Spencer, the brother of Diana, Princess of Wales.

The state funeral at Westminster Abbey was attended by dignitaries including hundreds of heads of state, and with London full with mourners the event called for the largest policing operation undertaken by the Metropolitan Police.

Among the 2,000-strong congregation at the abbey were foreign royalty, leading figures from UK life and world leaders including US President Joe Biden and French President Emmanuel Macron.