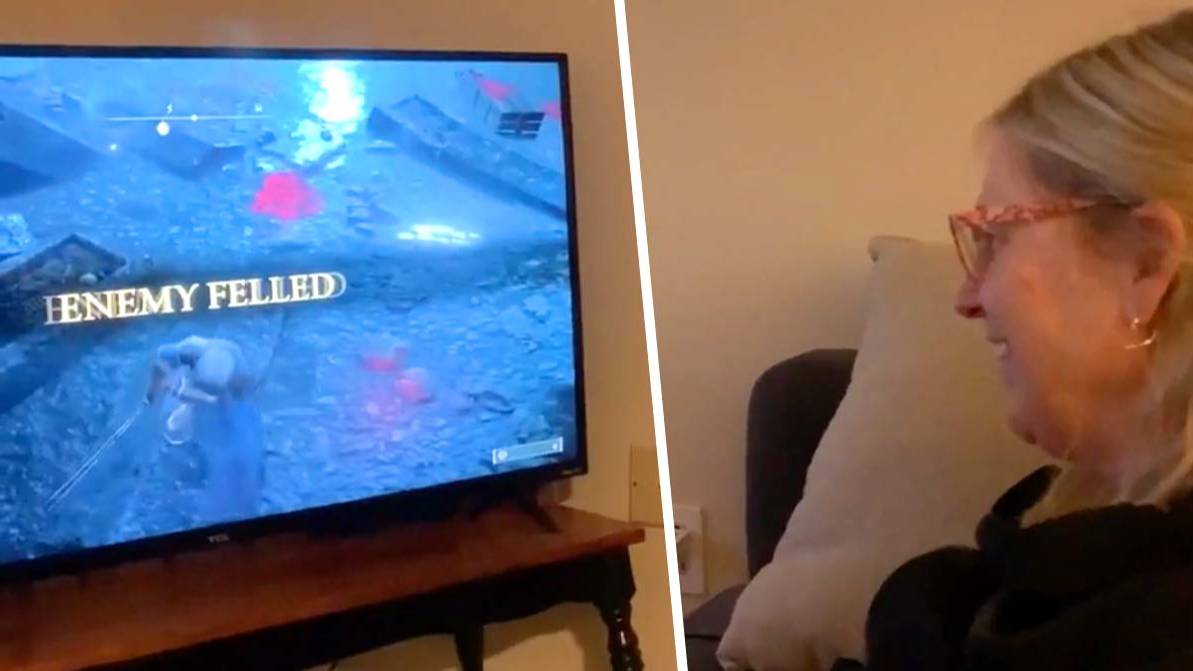 Even for the most experienced Soulsborne players, Elden Ring isn’t exactly what anyone would call a walk in the park. Especially for newbies, it can be incredibly daunting when even the very first bosses in the game don’t pull any punches.

Elden Ring‘s difficulty doesn’t stop the braver players among us from taking on even harder challenges, though, like beating the game with a dance mat. Yes, really – take a look below.

Over on Reddit, one gamer has helped their 65-year-old mum, who’s never played the game before, beat Soldier of Godrick, and her reaction to winning is incredibly cute. “Last night I helped my [mum] (65) ‘git gud’ and beat Soldier of [Godrick in] Elden Ring as a new player. After four attempts she wanted to throw in the towel. I told her to dig deep[,] push through a few more attempts, that these games are made for you to persist and overcome challenges that felt impossible,” Zode1218 wrote. Check out her big win below.

“In this video you really can see the spirit of Souls games. They are made to push you against a wall,” commented Tethain. “And after a certain amount of time (for everyone it’s [a different] amount) you are able to push back. And that’s the best feeling ever. To [overcome] an obstacle and [get] better at what you do.”

“She really thought she couldn’t do it after several tries and said she was going to call it a night! I told her exactly what you described, and explained it takes practice, resilience, and trying new things just like struggles in life,” Zode1218 responded. “I was so proud, I’ve made wonderful times playing DS3 and Elden Ring with my wife and kids, never thought my [mum] would try one of these games! She could barely walk around or control the camera when first creating her character, so to see her kill a boss was amazing.”

You absolutely love to see it. Watch out, Malenia – Tarnished mum is coming.