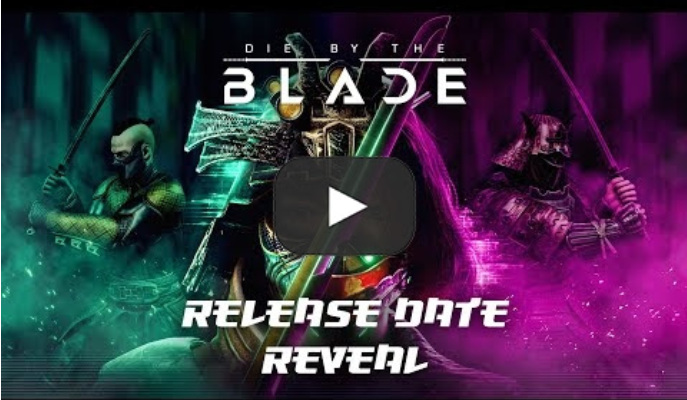 Leamington Spa, UK – 22nd September 2022. Sharpen your blade and get ready to go head to head with fearsome opponents, all masters of their deadly craft. Kwalee is thrilled to announce that Die by the Blade, the brutal sword fighting game with dynamic one-hit-kill combat mechanics, will be launching on 3rd November 2022 for PC, PlayStation 4 & 5, and Xbox One & Series S/X. Nintendo Switch will launch later in 2023.

Developed by Grindstone and Triple Hill Interactive, Die by the Blade draws inspiration from legendary titles such as Bushido Blade, Way of the Samurai, and the Dark Souls series. Set in a stunning samurai-punk world, players must choose from a range of traditional Japanese weapons to determine their move set, parry their opponents’ blows with lightning speed, and master the art of the one-hit kill!

Register your interest in receiving preview code (when available) here


About Die by the Blade

Die by the Blade is a 1v1 weapons-focused fighter where the difference between victory and death can amount to a single strike of the blade. Carve your path through this samurai-punk world with nothing but your trusty weapon by your side in the story-driven single-player campaign or crush your friends in local or online multiplayer. Looking for more of a challenge? Test your skills against unknown warriors in online ranked matches and prove that you are the indisputable champion.

In Die by the Blade, there are no health bars, so you can’t afford to let your guard down. The one-hit kill system leaves no room for error. If you want to survive, you’ll need to master the parrying mechanic, memorise the combos for your chosen weapon, and sharpen your reflexes. The victor of any battle could be decided in a matter of seconds, so be prepared for multiple quick bouts against your opponents.

Will you have what it takes to become a master samurai? Or will you fall like countless others before you? 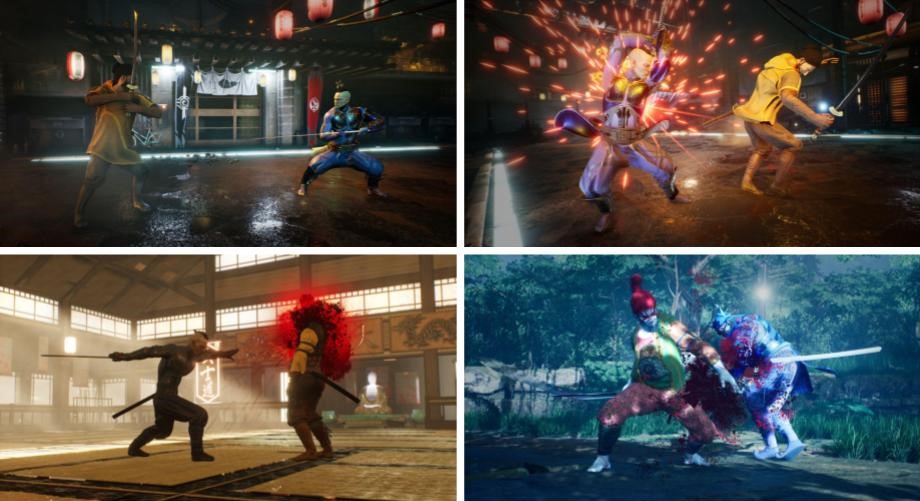 Die by the Blade will launch for PC, PlayStation 4 & 5, and Xbox One & Series S/X on 3rd November 2022 with the Nintendo Switch version launching later in 2023. Fans can wishlist the Die by the Blade on Steam now. Keep up to date with all the latest news by visiting the official social media channels – Twitter / Facebook / Instagram / Discord


For media/PR enquiries for Die by the Blade please contact:

Kwalee is a multi-award-winning games publisher and developer based in Leamington Spa, UK, and publishes a growing catalogue of PC and console titles including Eternal Hope & Scathe, along with the upcoming titles Die By The Blade, Wildmender and ROBOBEAT.

Founded by games industry icon and Codemasters co-founder David Darling CBE, who leads a fast-growing team of global gaming experts with studios in the UK, India, China and Portugal along with remote team members all over the world, Kwalee is on the lookout for high-quality games to publish on all platforms and encourages developers to get in touch.

Officially recognised as ‘Best Publisher’ (Mobile Games Awards 2022) and ‘Best Large Studio’ (TIGA Awards 2021), Kwalee is also an ambassador of not-for-profit organisation Women in Games and a regular supporter of the charity SpecialEffect.

Grindstone is the new age publisher from Slovakia founded by industry veteran Peter Nagy in 2015. Despite starting low profile, projects produced and supported by Grindstone stand out of the crowd with their unique concept, ideas and production quality. Beyond the production of games, Grindstone leads the growth of the regional game development ecosystem, organises the international game conference Game Days, and aims to become a major global publishing and production company.