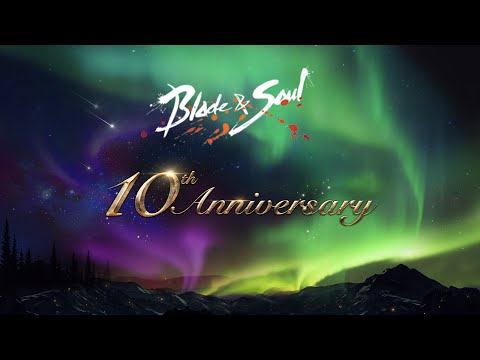 Blade & Soul is celebrating 10 years of operation in South Korea, and a new video released by the developers to celebrate showcases an interesting system that could be coming to players in the future: in-game instruments.

In-game notation systems are nothing new to MMORPGs, The Lord of the Rings Online’s system is so robust that players hold a yearly concert series on Weathertop, while other MMOs such as Final Fantasy XIV and Warframe implement musical instruments in similar ways. Blade & Soul didn’t announce when this could be coming to the West, simply teasing it by playing Happy Birthday to itself before moving on to highlighting fan art from across the community.

Blade & Soul celebrated 10 years in Korea! ?? Here are some commemorative messages from the community. ♥And check out the ??surprise?? at the beginning. ?? #BladeAndSoul #BnS pic.twitter.com/UIXfE2Po2y

However, it does tease in the video description that it’s showing “what’s to come in 2022 and beyond.” So you know, a rather loose timetable.

Recently, Blade & Soul’s Autumn Overture event kicked off, adding new cosmetics, events and more to the MMORPG. Last month also saw the release of the Dawn of Darkness update, which brought a new dungeon and challenges to Blade & Soul.